THE SECRET OF LIFE:  PERSPECTIVE


Now that you know that, you don't require workshops, church of any kind or....

I am partially kidding, of course, but your perspective, based on your beliefs about how things are, will color all of your experiences.

Last week had quite the major calendar of events. It was a Wow Weekend. It was...

...too often thought of as a day of bad juju. Both the day of Friday and the number 13 have their full of superstitious distractions.

It is said that Adam ate the apple on a Friday, changing the way humans live in the world, removing them from Eden (ie. Paradise). Well, first, it wasn't an apple. They don't grow in that region and it is a general term for fruits and poor translation, It most likely was a pomegranate or fig. And secondly, how did someone decide it happened on a Friday? That indeed should be enough to discount this example, but did the effect of this "apple" consumption bring on an embarrassment of their nudity and the knowledge of good and evil? Or did it enact what the Universe intended, a life of choice, some of which might be embarrassing or not very nice? Which brings me to perspective and choosing what yours is on life - your life.

It is also been said that Cain killed Abel on a Friday. Again, Friday?

Of course, the most infamous bad juju Friday has to be the crucifixion of Jesus of Nazareth (Yeshua ben Joseph). Yes, it wasn't a very good day for Jesus, but note what the day commemorating the event it called now...
Good Friday.

It is said that the 13th guest at the Last Supper -remember this was a Passover Seder that Jesus presided over the day before his betrayal, arrest, and eventual crucifixion - was Judas. But was he? Could it not have been Jesus who was the 13th guest?  As the guest of honor, he was probably the last to enter (Jesus liked to make a big entrance, you know). Now this didn't turn out too well for Jesus' corporeal existence, but, if it was anything like the Seders I grew up with, the food was good. And if it didn't all happen, in some similar fashion, Jesus would have not been crucified and all that is represented and 'celebrated' because of it. Perspective!

There is a similar story in the Norse mythology that influenced the '13 is 'unlucky"' thing. The Feast of Valhalla, where 12 of the Viking Gods dined. The 13th guest was Loki (the wily trickster god), who had been uninvited, and ended the feast by killing Balder the Beautiful (with a mistletoe spear - kiss of death?) and bringing darkness and mourning throughout the land. But.... 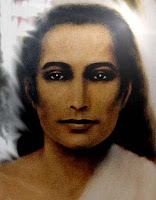 In the Ascended Masters philosophy (they believe that the Presence of Life - God - Individualizes as the "I AM" and incarnates throughout the created universes.), Ramtha is the 13th ascended master (Jesus, Krishna, and Buddha are in there, as well) and is a number associated with the angels who are here to heal and transmute your fears into positive energy of love. There are 13 Lunar cycles, the Mayans & Native Americans honor that. In the Tarot, Death ;is the 13th card, which is usually a scary thing, full of uncertainty, hesitation and rupture in life. but it also represents renewal, transformation, end of struggle, and new beginnings. The number thirteen is a prime number (only divides by itself and one) which represents something that is incorruptible and pure.


I celebrated Friday the 13th in the fifth row watching Joel Osteen and experiencing a dynamic positive, loving energy from his Night of Hope. And I am not a Christian.


-BTW, the phobia of Friday the 13th is called paraskevidakatriaphobia-

It was PI Day. The number Pi is 3.141592653 and  as of 2013, continuing with 12.1 trillion other numbers. Like many people, I celebrated by eating pie, both pizza and dessert. Now some folks would dwell on the fact that gluten and sugar is not a good celebratory ingestion of food. True as that may be, the importance of Pi Day, is that it not only is the equation defining the circumference of a circle, it also represents the infinite, perfection, the patternless  the transcendental, and, in the Science of Mind, the way the Universe works, the Divine Act of Creation within us all. It is an idea to celebrate, live by, and intentionally / consciously Be:  I Am that I AM and I use the Law of Cause and Effect to govern and create the experiences of my life.

The IDES OF MARCH
Granted, it wasn't a particularly groovy day for Julius Caesar, but before that event occurred, it was considered a feast day celebrated with picnics, drinking, and revelry. In the original Roman calendar, the Romulas calendar, Martius, March, was the first month - happy new year everyone. It wasn't till Julius crated the Julian calendar that it became the third month - and see what happened to him? March was named after Mars, God of War.

So, like Friday, 13, Friday the 13th, and the occasional gluten/sugar filled day, these "bad" things are pretty much superstition (not to discount the nutritional valueless and sometimes danger aspect of gluten and sugar for many people) and not Truth.

WE GET TO CHOOSE WHAT TO BELIEVE

And so, in honor of Mars, the God of War, and choosing perspective and belief, as is our birthright...

It is time to take up arms against fear, lack, dis-ease, and hate in our lives.


If one guy with a bullet could change the world in the school depository in Dallas or a hotel in Los Angeles or Memphis;  how much more could one person with an idea, the right idea, change the world. Today, this day, the world will change forever, not because of the clash of armies, not in the currency of bomb blasts or body counts, but through the proper application of the only force that matters, the only power that even God respects, the Truth.
~from “Jeremiah” by J. Michael Stracynski

I invite you to draw a line in the sand and live your life starting now.

There are only two days in the year that nothing can be done. One is called Yesterday and the other is called Tomorrow. Today is the right day to Love, Believe, Do and mostly Live.
~ His Holiness the 14th Dalai Lama

Friday, as we experience a new moon (a 'supermoon’), a total solar eclipse and the spring equinox falling on the same day; join me in shaking off self-pity, yesterday's mistakes, missteps, and fears. Join me in recognizing and experiencing a rebirth of our Divine right to perfect health; a fertility of abundant prosperity, love and creativity; and an ocean of new opportunities in living life to the fullest.

Join me in taking up arms, opening your heart and mind and gut to living the Truth, the Divine in You - who you are.


Raise your arms and repeat this affirmation from the mind of James Mellon:

I stand in the Truth that my life is dynamic, expansive, and happening now!

From there, the infinite possibilities that are available in the Universe, become evident in your life.