In 1984, Leonard Cohen gave us a gift in the song Hallelujah. 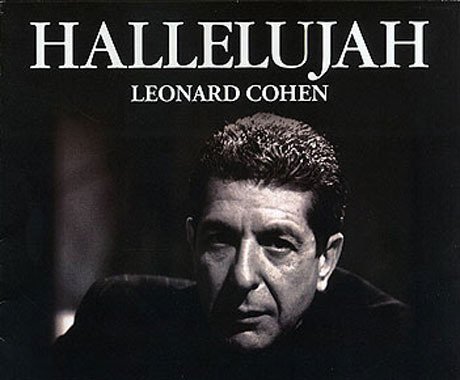 Thought not popular at its release, over the years, especially the last dozen, it has become a recurring hit for many recording artists, featured in several television shows and theatrical films, and has been performed quite often in the New Thought spiritual centers throughout the planet - it is considered as the "baseline" of secular hymns and is one of the 500 best songs per Rolling Stone magazine. I have sung it a few times myself and as I studied Cohen's lyrics, it inspired me to dig deep into the stories that inspired its songwriter. The story starts with this:

Well I heard there was a secret chord
That David played and it pleased the Lord
….
Well it goes like this: the fourth, the fifth
The minor fall and the major lift
The baffled king composing Hallelujah


The story comes from 1 Samuel in the Old Testament. The baffled king spoken of is David, the youngest son of eight. Before he became King, David was a very protective sheep-herder that was well spoken, handsome, very connected to Nature and Spirit, a happy camper in life and evidently quite the charmer on the harp. The present King was Saul. Saul was

kind of a jerk:  forceful, willful, arrogant, tyrannical and destructive. He ruled by his head and not through his heart, pushing his rule from his consciousness of fear and lack ... taking, taking, taking. After many years of this, it started to take its toll, bringing dis-ease into his life. Saul became melancholic and at times violent, having consistent bouts of migraines, and the only panacea was music. Because of David's skill on the harp, he was summoned to sooth Saul with music. David immediately won the affection of King Saul, his music proving to be so effective in quieting the frenzied monarch, he was sent for quite often.

In metaphysical terms, David represents the beloved, the loved. He lived the essence of Divine Love individualized in human consciousness; one who daily communes with God and reflects divinity in all he thinks, does, acts on and reacts to. David may not have used these words, but he lived his life knowing the Universe has his back. He trusted Nature and Love to watch over him. Saul, on the other hand, wasn't so sure.  According to the metaphysical dictionary of Charles Fillmore, Saul represents the will functioning in the limitations of personality. Saul signifies personal will. He represents the "consciousness that is willful and stubborn, shy and impulsive, yet very brave under great stress. When first chosen as king, Saul was very humble; and true humility is one of the first qualifications for spiritual leadership. The will is a very complex phase of the mind, however, and its paradoxes often perplex the most acute."

All of this represents the power of Love (David) to harmonize the discords set up by disconnected thinking and violent consciousness (Saul). David was an innocent here.
He was just Being, he didn't think of himself or his music as magical, he was a heart-centered guy singing the Universe's praise. Which leads me to the title of the song, Hallelujah.

The transliteration of the Hebrew of Hallelujah is:
hallalu - joyous praise in song
yah (short of yahweh) - God

Later, when he fought Goliath, King Saul offered his armor and weapons to do battle with. But David refused the armor ... he trusted his strengths and instincts (the sling)
That which is natural for him, the Truth to know he would prevail in a fight that didn't for all accounts look to be in his favor. But David knew the what, spoke his Word, and trusted the Universe to deliver the how:  Key to his success!  Interestingly, he killed Goliath with a shot to his forehead, the 7th chakra area, the connection to Divine Intelligence

After he became king, David started believing his own propaganda. He got more and more into his head … without his heart. He began to depart from from what I call the...

Divine Matrix:
the confluent integration of mind, heart and intuition/imagination 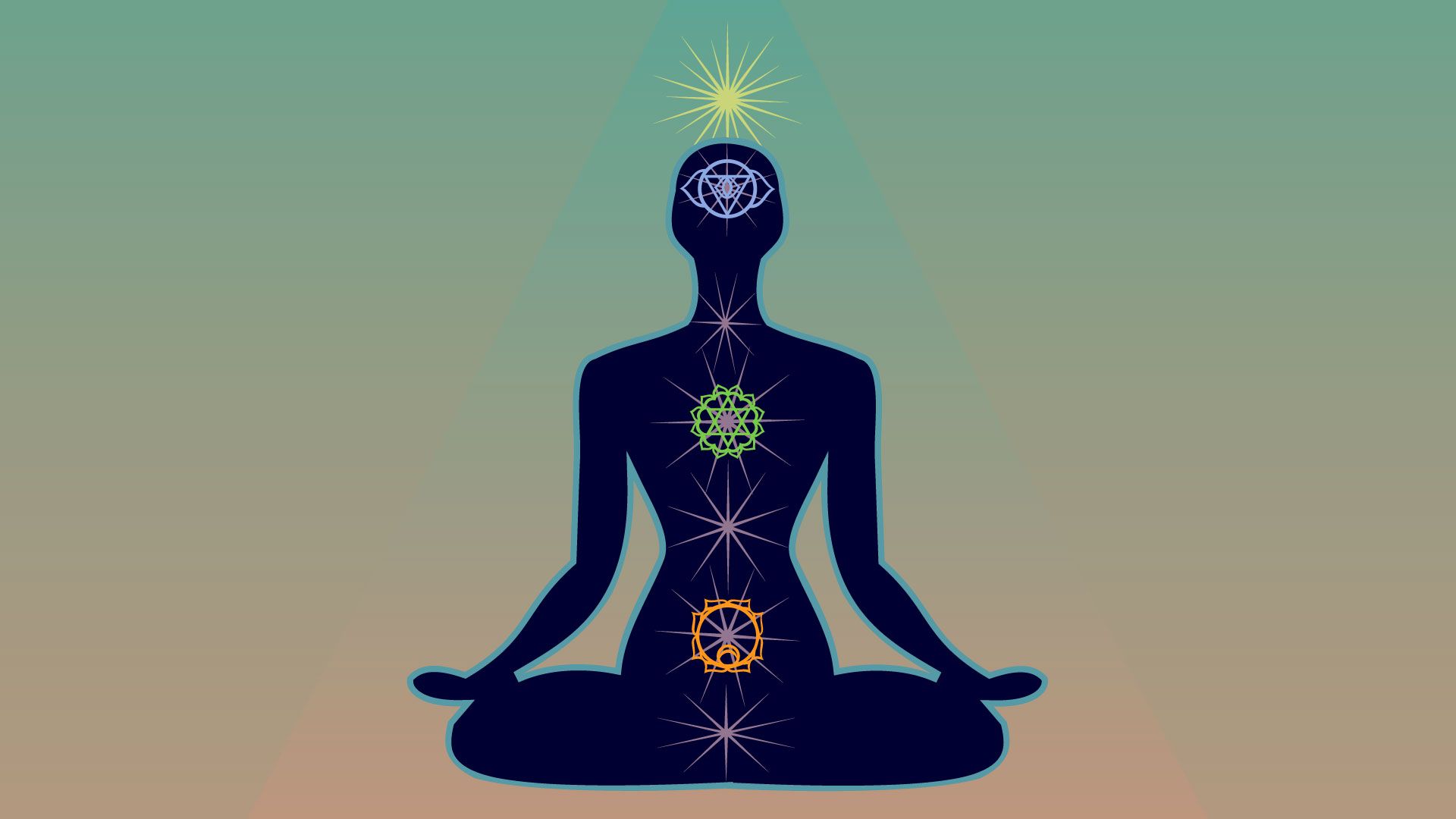 And that leads me back to the song – verse two:

Now Cohen is melding the David and Bathsheba story with the Samson and Delilah story … and that's good. Both David and Samson became dependent on the physical, the accomplishments, the ego, the head – not the Divine within.

They weren't telling the Universe, I want what he's having;” meaning the flavor, the essence of a Bathsheba or Delilah, but that woman, the Bathsheba and Delilah.  They wanted to take, not receive. They thought they deserved it - their “status” deserved it. And that was misusing the Law of Cause and Effect.  For when you demand of the Universe that which is not yours to demand (i.e. someone else's property or someone's own choice in the matter [i.e. Bathsheba and Delilah]), the Universe reads that idea in your belief system as "I want to take/steal that" because "I can't have" or "I am full of lack without..." is screaming its limited idea to the Universe. That's trying to receive your Good from a lack and limitation consciousness, not trusting the Universe will provide the best version of the “that” (her, known as Delilah and Bathsheba) for you. Also, you may think you want x.y or z; but that may actually end up being settling for what is not best for you. We all have fantasies of ... well, for example, you may think you want Brad Pitt or Bathsheba or so and so's house, etc.; but you don't know what Brad Pitt is really like - he could be the biggest jerk of them all. What "Brad Pitt' represents is what you probably desire:  the success, the looks, the six-pack, etc. Hopefully you go a bit deeper than that, but that's what you want to require from the Universe. And then let the Universe will bring you the best version of that "Brad Pitt", etc.

These dorks (David and Samson) were so blinded by desire, they couldn't think straight:


Samson knew that Delilah was a member of his enemies community, but that didn't stop        him. Delilah kept asking for the secret to his strength (5x), but, in his blindness and
arrogance, he didn't get what was going on. And we know how that story ended.

And David:
A. he's married, she's married and he knows it
B. wants her so much, he sleeps with her anyway
C. she gets pregnant
D. David tries to hide it by bringing her husband back from battle, but they don't sleep                 together, so
E. David sends her husband to front lines, where he was killed
F. the son of David and Bathsheba dies in early childhood

Come on now, how dumb can a guy be? Yeah, I know, you don't have to answer. They, like so many of us, male and female, old and young, just...

They were so disconnected to their intuition, their inner wisdom that they were deaf to the calling from the Universe:  the hints, the whispers, the repeated warnings from Divine Intelligence that a dumb mistake was being made.

Have you ever done that – ignore the red flags?

Did David and Sampson really think the Law didn't know about their lack and limitation consciousness? Do you? The Law is always at work and is no respecter of persons:

Hence, it follows that if we believe that It will not work, It really works by appearing to “not work”. When we believe that It cannot and will not, then, according to the principle, IT DOES NOT. But when It does not, It still does – only It does according to our belief that It will not. This is our own punishment [inevitable consequence] through the law of cause and effect; we do not enter in because of our doubts and fears. It is not a punishment imposed upon us by the Spirit of God, but an automatic result of failing constructively to use the law.

These boys were ruled by ego, those thoughts and actions dependent on looks, status, pretty wife, successful husband, wealth, achievements ... the “I'm gonna take, otherwise I won't have” syndrome.

The problem is not the ego itself. The problem is when the ego takes the driver’s seat of your soul. And it will. Every. Single. Time. Human existence was destined to be ego-driven. However, I also believe human existence is destined to realize that it is ego-driven and then have the greater realization that the ego is all an illusion...The only true reality is the eternal nature that is the indwelling spirit (God) inside each and every one of us. THAT spirit is both eternal and unchanging.

And now let's get into the third verse:
.....
There's a blaze of light
In every word
It doesn't matter which you heard
The holy or the broken Hallelujah

What Word are you speaking in your beliefs?

When the will proves inadequate to the gaining of self-dominion what does our higher judgment reveal to us as the remedy? It shows us that the heart, not the head, is the dominant factor in life. Love (David) is more powerful than the will (Saul) to direct us into the way of self-dominion. Where there is a conscious subjective unity of head and heart victory is assured. Man can overcome every enemy, and establish a great kingdom, like David, by uniting and harmonizing the spiritual forces of his being.

David did this, he learned his lesson and returned to heart-centered living. This whole lesson points to the heart as the center through which Spirit rules and the best decisions are conceived, intuited and made. As it says in the Samuel 16:7...

When you find that your willful self-rule is not proving a harmonious outcome – which you will, get still and:

Spark a Flame in the Divine Matrix

You can always come back from the misstep, the missing of the mark, the mistake, the short dumb journey into the head...
Practice Self Forgiveness! 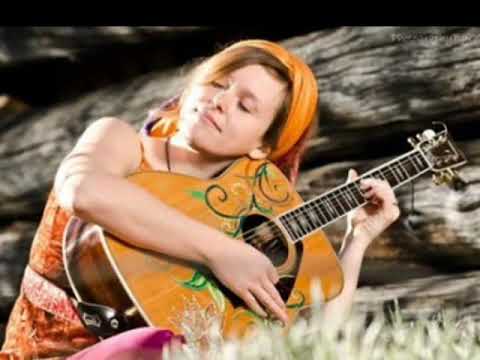 The above is the ho'oponopono prayer

And now, with self forgiveness intact, the last verse reveals how to live the rest of your life:
.....
I've told the truth, I didn't come to fool you


And even though some things went wrong


I'll stand before the Lord of Song


With nothing on my tongue but Hallelujah

Nothing on my tongue but the song of Love, prosperity, vibrancy and vitality

Nothing on my tongue but gratitude for my blessings and lessons

Nothing on my tongue but Truth …

An affirmation:  I am the hero/heroine of my journey and I choose Love; I choose Grace and I choose to boldly stand before All with Divine Power and Wisdom guiding me.

Posted by New Thought Guy at 11:49 AM No comments: