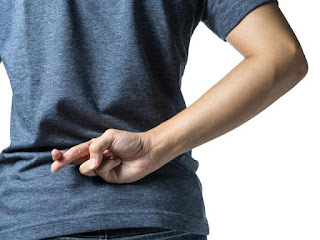 After getting all of the Pope's luggage into the limo (and he doesn't travel light), the driver notices the Pope still standing on the curb.

"Excuse me, Your Holiness, would you please take your seat?"

"Well, to tell you the truth," says the Pope, "they never let me drive at the Vatican when I was a cardinal, and now that I'm Pope, I'd really like to drive today."

"I'm sorry, Your Holiness,” the driver nervously proclaims, “but I cannot let you do that. I'd lose my job! And what if something should happen?"

"What could happen, who's going to tell,” the Pope says smiling? Besides, there might be something extra in it for you."

Reluctantly, the driver gets in the back as the Pope climbs in behind the wheel and floors it, accelerating the limo to 105 mph.

"Please slow down, Your Holiness!" pleads the worried driver, but the Pope keeps the pedal to the metal. In a few minutes, they hear sirens. "Oh, Dear God, I'm gonna lose my license -- and my job!" moans the driver.

The Pope pulls over and rolls down the window as the cop approaches. The cop takes one look at who the driver is and goes back to his motorcycle. He then gets on the radio and says to the dispatcher, "I need to talk to the Chief."

The Chief gets on the radio and the cop tells him that he's stopped a limo going a hundred and five.

"So bust him," says the Chief.

The Chief exclaimed," All the more reason!"

"No, I mean really important," said the cop.

Chief : "Then what makes you think it's God?"
Cop: "Well Chief, he's got the Pope as a chauffeur."

Who are you driving around? Is it the Divine in you, free and clear, or is there additional baggage in the trunk?


Do you filter everything you hear, feel and think by the illusion called ego?  The ego is the false, fear-based idea of believing that you are what you have or what you do. It is also a way of edging God out.

Or are you reflecting your inner reality and Entertaining God only?

Two people have been living in you all of your life. One is the ego: garrulous, demanding, hysterical, calculating; the other is the hidden spiritual being, whose still voice of wisdom you have only rarely heard or attended to...the wise guide.

~Sogyal Rinpoche, The Tibetan Book of Living and Dying


Who's driving this vehicle you are traveling around in this time and who are you listening to on its radio? Is it the God in you or that voice that falsely reminds you of your supposed or learned inadequacies (i.e. “Not good enough,” “Too old or young or...”)?

Do you lie, with God? By that I mean are you not telling the Truth or soaking in blame, shame and guilt or thinking your time is up or believing this person or that knows better?

The Law of Cause and Effect always supports you without question or judgment. Whether you are lying with or lying to the Divine in you. It's time we learn to do the same for ourselves - support our Divinity.

We should believe that God is the invisible partner in our lives and affirm that Divine Love goes before us and prepares the way.


In that belief, you also lie with God (though some may say lay, but either is correct in this context).  When you are reclining in the state of knowing that wherever I am, God is, loving me unconditionally and completely, no matter what, you are lying with God.

"But how do I do this," you might ask. In The Science of Mind, it says:

The highest mental practice is to listen to this Inner Voice and to declare Its Presence. The greater (one's) consciousness of this Indwelling I AM, the more fully (one) will live.

It's hard to not live successfully, when you recline in the direction of Divine Intelligence with love. And what is love?

Love is the central flame of the universe, nay, the very fire itself. It is written that God is Love, and that we are (It's) expressed likeness, the image of the Eternal Being. Love is self-givingness through creation, the impartation of the Divine through the human.     Love is an essence, an atmosphere, which defies analysis, as does Life Itself. It is that which IS and cannot be explained: it is common to all people, to all animal life, and evident in the response of plants to those who love them. Love reigns supreme over all.


The most fabulous Love component in our life is our volition. Our God-given ability to believe what we want, use our powerful birthright of choice to perceive things how we want and to use that Power for Good in the Universe through the Law of Cause and Effect to manifest what we require in our experience.

There is an illumination, an energy that surrounds us at all times and we get to allow it to shine constantly or obscure it at any time; to live in the luminescence of Divine Love or decide that we aren't deserving or aren't enough. We get to decide, every day, every hour, every minute, every time and throughout our entire lives which we are.

The more we spin in this cycle of 'not enough,' the more and more we draw ourselves away from the experience of a Unity with all Life and Love. We start to erect barriers to the expression of the Divine within. And this becomes a habit, even an unconscious one, but a habit of eclipsing our connection to the Divine and living stuck in the rut of believing in some form of 'not enough-ness.'

The was an eclipse recently. It was a seven minute event, two of which were the darkest of the event. Cultures throughout the world believe many myths about this type of event:

In Vietnam, a frog eats the moon or the sun.

For the people of the Kwakiutl tribe on the western coast of Canada, there is the belief that the mouth of heaven consumes the sun during an eclipse.

In fact, the earliest word for eclipse in Chinese, shih, means "to eat." People banged pots and pans or played on drums to get whatever was swallowing the sun or the moon to go away.

One of the more colorful stories involves the Hindu demon Rahu, who disguises himself as a god in order to steal a taste of an elixir that grants immortality. The sun and moon see what Rahu is up to, and they report his crime to the god Vishnu. Vishnu slices off his head before [the elixr] can slide past his throat. As a consequence, Rahu's head turns immortal, but his body dies. The demon's head continues to move through the sky, chasing the sun and the moon out of hatred. Every now and then he catches them and swallows them. But since Rahu has no throat, the sun and the moon fall out of the bottom of his head.

Others are not so violent or scary as with the Batammaliba people of Togo in Africa, who see it as a time of coming together and resolving old feuds and anger.

Or the Navajo, who regard the cosmic order of the universe as being all about balance. Something like an eclipse is just part of nature's law. You pause to acknowledge that that time is special and you reflect on the cosmic order.

Posted by New Thought Guy at 7:31 PM No comments: