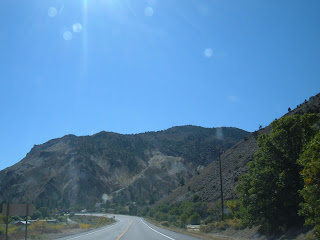 I had a dream I met the Law (of Cause and Effect).

I won’t tell you what she looked liked…or what she was wearing.

I met the Law and the Law was taking me on a tour.

We entered this area, huge and infinite. It had rows and rows of stuff. We were walking along and all of a sudden I saw my name.

She said, “Well you know, whatever you want, whatever you require, whatever you are going to require – it’s all here. All we are waiting for is for you to reveal it in your life…so, yeah, it’s your row of stuff."

So I started looking at the stuff individually. There’s boxes and labels….and I noticed something I had already received….And I said, “I remember getting that, but it didn’t really look as nice as that."

And she said, “Well, that’s because you were standing on the corner.”
“The corner, what are you talking about?"
“Well,” she said, “when these things are delivered you have to be on Truth Trail.”

She said, “Yeah, when that was being delivered, you were standing on the corner of Truth Trail and Fear Avenue, so that was colored by your position there at the corner.”

But I continues walking down the aisle looking at all my stuf,  noticed some great things that were in my life and suddenly I noticed there was something that never really happened…so far…that I have wanted, that I have desired….and I said, “what happened to that? I wanted that, I was standing on Truth Trail, I did treatment for it and everything else…"

Let me encourage you to stay on Faith Freeway… Belief Boulevard… Spirit Street… if you can’t be on Truth Trail.

Because the UPS… the Universal Prosperity Service… they’re going to deliver and you want to be at the right address to get the right and perfect delivery.
Posted by New Thought Guy at 11:21 PM No comments: