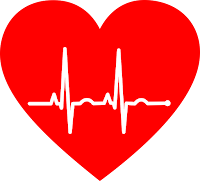 There's a story about a couple had two little boys, ages eight and ten,
who were always getting into trouble ... if any mischief occurred in town,
their two sons were somehow involved.

At their wits end, the parents contacted a clergyman in town
who had been successful in rehabilitating children.

The clergyman agreed and asked to see the boys individually.
The eight-year-old was sent to meet with him first. The clergyman sat the boy down,
looked him sternly in the eye and asked,
"Where is God?"

The boy made no response, so the clergyman repeated the question
in an even sterner tone,
"Where is God?"

Again the boy did not answer, so the clergyman raised his voice even more,
shaking his finger in the boy's face,
"WHERE....IS....GOD?"

At that, the boy bolted from the room, ran directly home and slammed himself
in his closet … frightened to his very bones.

His older brother followed him into the closet and asked,
"What happened, what happened … what did they say, are we in trouble?"

The 8 year old looked up, tears rolling down his trembling face and replied,
"We are in BIG trouble this time. God is missing and they think we did it!"


Of course, God is never missing, we're just looking the other way. So it bears the question, where does Humanity and Divinity meet? And the answer is inevitably the heart. The heart is first thing revealed and the last thing to reveal!

What do I mean?
The heart is the first organ revealed during our pre-natal development. And the last thing it reveals, when we allow it, is the Truth. In other words, it is the first place where the individualization of the Divine within is illuminated and the last to empower that Divinity in the manifestation of our desires...the expression of that Divinity in Life. We can think, pray or speak words until we are blue in the face and not a thing will manifest, at least not in the clearest way possible, unless we have feeling behind it.

While we admire the intellect, we must realize that the intellect is not the creative factor in the Universe. Rather, it is feeling that is creative.   ~Ernest Homes


I believe there is a Divine Matrix within our bodies … a triune nature of Life ... that we use to create our experiences through the Law of Cause and Effect. It is:

Grant Soosala and Marvin Oka wrote a book called "Mbraining – Using Your Multiple Brains to Do Cool Stuff", which talks about the enteric brain – gut, the cardiac brain – heart, and the cephalic brain - head. Most have the brain/head thing down.

Using our intellect, knowledge and logic with synapses firing and all the electro-chemical workings of the brain surging. We say things like... 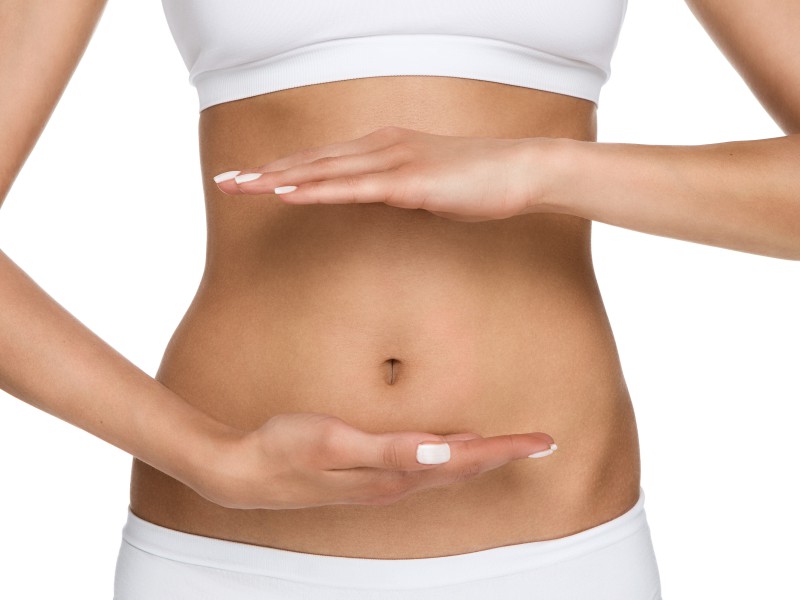 Some have the gut stuff down.


But the main connection, the one that matters most, comes from and through the heart - the feelings. 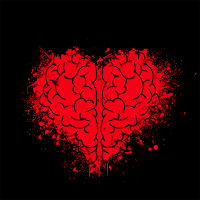 It's where the 'as if ' is empowered, the imagined experience of it is emboldened, the emotional feeling of the having is had and where the gratitude - because it manifested - lives. It is the regulator of our perceptions, creating an energetic and magnetic field informing our brains whether we feel safe and secure or not. Note that fear can be a motivator, but is more likely to shut down our intellect and logic into fight or flight mode, which is great if you have to lift a car to save someones life, but not so great if the flow of cortisol (one of the steroid hormones and is made in the adrenal glands) is in excess and stress is lit up in our mind and bodies.

All you really need is heart

When the odds are sayin' you'll never win

That's when the grin should start

That grin, that knowing, that acceptance is not from the intellectual mind, though it will seem like it is and will quickly land there, but it is a feeling first, a perspective that begins in the heart.  This feeling/perspective comes through one of the 40K+ sensory neurites or cells in the heart which are firing off independently from the brain neurons. It is time to re-awaken our heart intelligence.

...when the mind stays in the Heart, the ‘I’ which is the source of all thoughts will go, and the Self which ever exists will shine.

The "I" is the ego that edges God out and the "Self" is the Divine within the ego that Entertains God Only. We want to live a life entertaining God Only.

But how, you might ask. I have too much going on:  work, family, getting ahead, healing the body, paying the bills, etc., etc., etc.

Try this simply and ancient Spiritual Practice that can be done anywhere or anytime and quite quickly, if time seems pressing:

1. Close your eyes...
This brings your awareness within. For most sight can be a hindrance to going within.

2. Put your hand on your heart...
Heart is at center of the body, center chakra. It is the gateway to an Intelligence both harmonious and holistic. This simple touch brings a powerful awareness to this gateway to the Divine.

3. Now become aware of your breathing and allow it to slow down. Take 5 secs to inhale and 5 secs to exhale...
This signals body that your are safe. It acts to free you from any stresses and opens the body to healing.

4. Think or imagine someone or something that you Care about or Appreciate or have Gratitude for or for which you have Compassion...
In other words, allow yourself to feel a positive emotion about a person, a loved one, your spiritual community, your child, your puppy, something you received, or an insight you had.  Care, Appreciation, Gratitude or Compassion!

Doing this spiritual practice for even a few moments resets/reboots and reconnects the connection of all three brains:  the imagination/intuition from the Gut, the feelings and intelligence of the Heart and the logic of the Brain. It harmonizes the entire system for optimal decision making, creative discovery, learning, transcending and manifesting; giving one resilience in this every changing and too often chaotic world - it inspires the chaotic to the cosmos, the unformed whirling dervishes to the lovingly controlled creation. And as a bonus, it releases 1300 bio-chemical reactions that promote immunity and anti-aging.


If I pass on tonight they can take everything I have ever written and toss it in the ashes. It's going to be thrown there someday anyway. But two things will remain. There is a Presence and there is a Power in the universe, which constitute a dual unity of action and reaction and the polarity from which all things come. Learn to court the Presence by not only seeing God in everything and everybody but by feeling God all the time. Feel the Presence in the sacred place of your consciousness. Then use the Power. Your thoughts will change the conditions of your life.

"Feel the Presence in the sacred place of your consciousness." There are two final steps in this spiritual practice:

5. Take a deep breath and, while inhaling, say or think, “God Is” and then, while exhaling, say or think “I AM”
Repeat this connective affirmation several times. Note that you do not have to use the term "God", if it has negative connotations for you. Find your own way of naming the Divine (It doesn't care what you call It).

6. Open your eyes
As I said, this is an ancient and primal practice, easy and powerful, a conscious and connective process aligning the three brains and refreshing the attitudes and prospective of an authentic love-filled, creative and intelligent life-affirming experience. 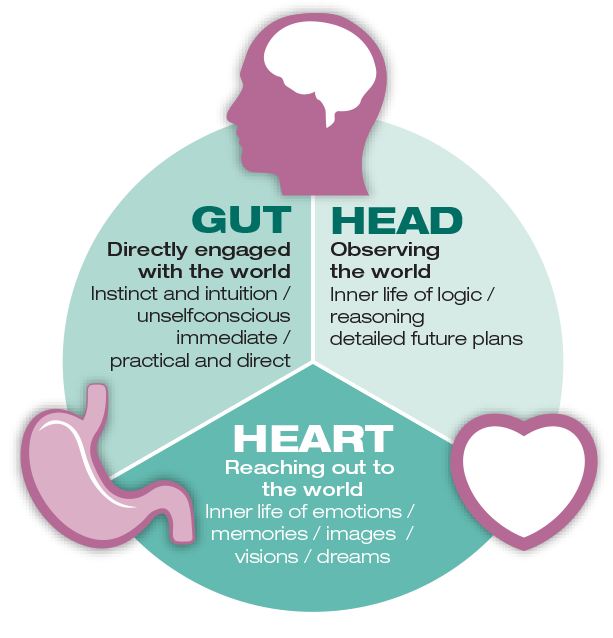 In Proverbs 23:7, and from which is the title of a fabulous, easy to read book by James Allen, it says:


As a man thinketh in his heart, so is he.

Being heart-centered does not have to equate to an uber-emotional life or one blinded by wearing rose-colored glasses, it is a smart move when it is part of the team of three. Join me in getting smart, using all three brains (heart, mind, gut) to optimize a life of magnificence, prosperity, power,  laughter, beauty, wonder, wisdom and joy.


It is your birthright and you are well-equipped

to live it fabulously and Love in it continously!