Is it a New Thought or just Ancient Wisdom in modern dress....Part One 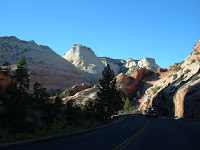 Everything of importance has been said before by somebody who did not discover it.[1]

Through a curiosity about Life and how to enjoy a most fulfilled and prosperous one, Humankind has pursued and explored many philosophies and approaches on how the Universe works, why Its various forms of spawn were created, and how to exist, survive, thrive, evolve, and ultimately transition within its realm. Both the learned and unschooled, the inspired and the power-hungry have used their varying degrees of intellect to hypothesize, question, query, and express their feelings and beliefs on the usual questions on how Life works, where do we come from, who or what is in charge, where do we go afterward, and what is Humankind’s role in it all. Whether found in a Judeo-Christian faith, an Eastern tradition, the Sciences, Psychologies, Philosophies, or any of the approximately 4,200 religious and/or spiritual movements of our time, it is through these interrogatives and ponderings that many approaches to Life are developed and personal decisions are made.

One such religious/spiritual belief is the New Thought Movement. It is a philosophy with two basic tenets: the Divinity of Mankind, and the Law of Cause and Effect. In the tradition of the freedom-loving spirit of a liberated America, inspired by a need to break away from the religious suppression of the Calvinist Christians, and fathered by the Emersonian Transcendentalists and Mental Healing proponents of what now might be called hypnotism and Scientific or Mystic Christianity, this movement began less than 140 years ago and has already branched out into the zeitgeist of the planet. These thoughts have influenced many who were once conservative and orthodox, stuck in the moralistic fear-based beliefs of the last couple millennia. With its early proponents steeped in the study of Nature, the mystics, an apolitically based interpretation of the sacred text classics, and a deep sense of personal responsibility and spiritual involvement of what Life has to offer, it begs the question: Is it a New Thought or just Ancient Wisdom in modern dress?

This thesis explores that query through the lives and works of four prominent influences on what is called New Thought: Ralph Waldo Emerson, Thomas Troward, Phineas Parkhurst Quimby and Emma Curtis Hopkins. Did any of them come up with a new thought or concept, or did they costume the Ancient Wisdoms to make them palatable for the modern age?

End of Part One