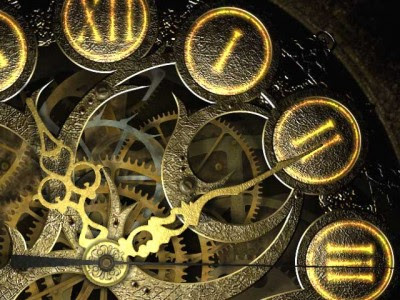 The higher criticism will have conferred its greatest benefit, when those who, under the impetus of an unfolding soul, have thrown off limitations of authority and use the Bible, and all literature as means of expressing the faith of a common humanity, and of one God in that humanity.[1]

The New Thought Movement holds its roots in mid 19th Century America. Deep into their work at that time were the two fathers of the movement: Ralph Waldo Emerson (May 25, 1803 – April 27, 1882), the essayist, poet, lecturer and best known leader of the Transcendentalist movement; and Phineas Parkhurst Quimby (February 16, 1802 – January 16, 1866), the New England philosopher, mesmerist, healer, and inventor.

Quimby influenced many of his patients, including Mary Baker Eddy (1821 –1910), the founder of Christian Science[2]; Warren Felt Evans (1817-1889) a writer, Swedenborgian minister[3], and early practitioner of mental science healing[4]; and Julius & Anetta Dresser[5]. Emerson’s influence comes through in the works of William James (1842 – 1910), his godson and a pioneering psychologist, philosopher, and medical doctor; and Thomas Troward (1847–1916), a jurist, English author and lecturer whose avocation was the study of comparative religion, including the teachings of Christ, Islam, Hinduism, and Buddhism[6]. In turn, Troward greatly influenced the works of Emmet Fox and Ernest Holmes (author of The Science of Mind) whose books continue to advance the New Thought Movement. Perhaps the greatest influence on 20th Century New Thought was Emma Curtis Hopkins (1849–1925), a theologian, teacher, writer, feminist, mystic and prophet who began her studies with Mrs. Eddy but left to found the first modern day religious organization to ordain women. She became a major influence on the founders of Religious Science (Ernest Homes), Divine Science (Nona L. Brooks and Malinda Cramer), and the Unity School of Christianity (Myrtle & Charles Fillmore)[7] – some of the largest organized denominations in the Movement in existence today.

But what influenced Quimby, Emerson, Hopkins and Troward? What led them to the revelations in their writing that created this growing and spreading movement of Self Divinity, personal empowerment, and Mental Healing? To understand the life and influence of a person, it is essential to have some knowledge of not only their acknowledged mentors, but also what was happening around them in the familial, historical, and cultural arenas.

The Calvinist ideologies set forth by the Puritan settlers were rampant. Calvinist doctrine included the idea of the inherent corruption of human nature and the concept of salvation coming only by the discretion of God himself.[8] It is important to note here that the Calvinist belief was that the individual had absolutely no control over their ultimate spiritual fate through their actions in life. This orthodox belief asserts the Holy Trinity, through which God presents himself, elects those men chosen for salvation or condemnation – a fate decided before the creation of the world. In the mid eighteenth century, there arose a desire to reform these Calvinist beliefs in order to create a more positive and liberal view of human nature. A number of ministers in Boston wished to bring about a fresh New England theology that stressed the ethical and pious behavior of the individual in the self-determination of their own salvation. This group of liberals, in the early nineteenth century, began to criticize the Congregational Church and its Calvinist ideals, stating that they hindered the individual’s moral growth.[9]

In the spring of 1837, a great depression afflicted the northeastern United States. All the banks in New York City, Philadelphia and Baltimore suspended cash payments, as did many in Boston. Of the 850 banks in the United States, nearly half closed or partly failed. The bank failures of 1837 were followed by high unemployment that lasted into 1843. Foreign over-investment (chiefly British) had augmented the bubble, which burst when the wily English pulled their money out. President Martin Van Buren, a Jacksonian Democrat, refused any government involvement in a bailout, and so was widely blamed for the panic.[10]

Additionally, the War Between the States, Lincoln, the Abolitionist movement, Henry Wilkes Booth, World War I … all of this was occurring around the nascent New Thought Movement, profoundly influencing the way those thinkers viewed the age old questions of God and Man, Why and How, When and Where, Life and Death, and a better world.

[2] Christian Science is not always admired or included as a part of the New Thought Movement.

[3] A version of Christianity where loving works count as much as faith, Heaven and Hell are not rewards or punishments distributed on judgment day but the present inner experience we freely choose, and that the trinity existed in Jesus

[4] In 1869 Evans also published his first book, The Mental Cure, which introduced Quimby's ideas to the rest of world

[5] Their son, Horatio, was the most extensive writer and collector of Quimby’s theories and papers

[6] See The Edinburgh and Dore Lectures on Mental Science, The Creative Process in the Individual, and many other titles in Troward’s lexicon