Driving With Your Headlights Always On

The term for the fear of Friday the 13th is Paraskevidekatriaphobia. Interestingly, this fear has no reference to itself or Friday the 13th being unlucky before the 19th century. There isn't a lot of information of where this fear started or became popular. It's possible it started with a fear of the number 13 first. That is called Triskaideka-phobia. It's origons have to do with the idea that Judas Iscariot sat in 13th place at the Last Supper, which occured on the 13th day of Nissan on Maundy Thurs, the night before Jesus' death...Good Friday. That ties it in with the Friday phobia, I guess.

Other occurrences adding to these phobias:
It is mostly an American and British phobia. The Italians are far more concerned about Friday the 17th, the Spanish-speaking countries fear Tuesdays more, as well as the Greeks (influenced by Ares, the God of War). Dutch researchers found F13 a day one would be less likely to be injured, supposedly because people are more careful.

Mark Twain was once invited to be 13th guest at a dinner party. Several of his superstitious friends warned him not to do it, to decline the invitation, but he went anyway, not believing in such things. Twain later commented, "It was bad luck. They only had food for 12."

In 1882, a Capt. William Fowler founded The Thirteen Club of New York, a place where skeptics defied superstitions by hosting dinner parties on Friday the 13th. It usually comprised of 13 members performing a series of "unlucky feats." such as passing under a ladder, having a 13 course meal, lighting the evening with 13 candles, and tipping over salt shakers and not tossing any over shoulders. It later evolved into a national organization with such luminaries as Presidents Grover Cleveland and Teddy Roosevelt.

The Stress Management Center and Phobia Institute estimates that more than 17M people are affected by this fear of the number 13 and especially the Friday the 13ths. But it's all a learned fear, like most not based on reality. Now I am not talking about a logical fear, such walking down a dark urban alley or putting our hand in a fire. Those actually aren't fears as much as logically learned things you just don't do.

The above is the usual anagram for the term, fear. And keeping with our theme this month, fear is something that bends reality. But all those fears are not true, they are merely a story choice we accept. Fear is a closed energy that exists when we do not trust our connection to the infinite part of who we are and buy into some story about what usually will not unfold.


Fear is the opposite of faith.  ~Bishop Carlton Pearson

I believe it is time to detach from fear. To leave behind that something from the past that we allow in the present and prepare with for the future. All that is required is a simple shift in perspective, a surrender to the Universe - to who you are.

I ask you to turn on your brights and illuminate it all....be a witness in present time to what it is, what this kooky idea is that is getting in your way. Here's a couple of ways to do that:

1) Become an observer of your thoughts, ask questions about them, and write it down. Write down all the reasons your fear is irrational and kooky. It is in this practice that you start to re-organize and re-frame that story that has been whirling in your head about the fear or phobia. 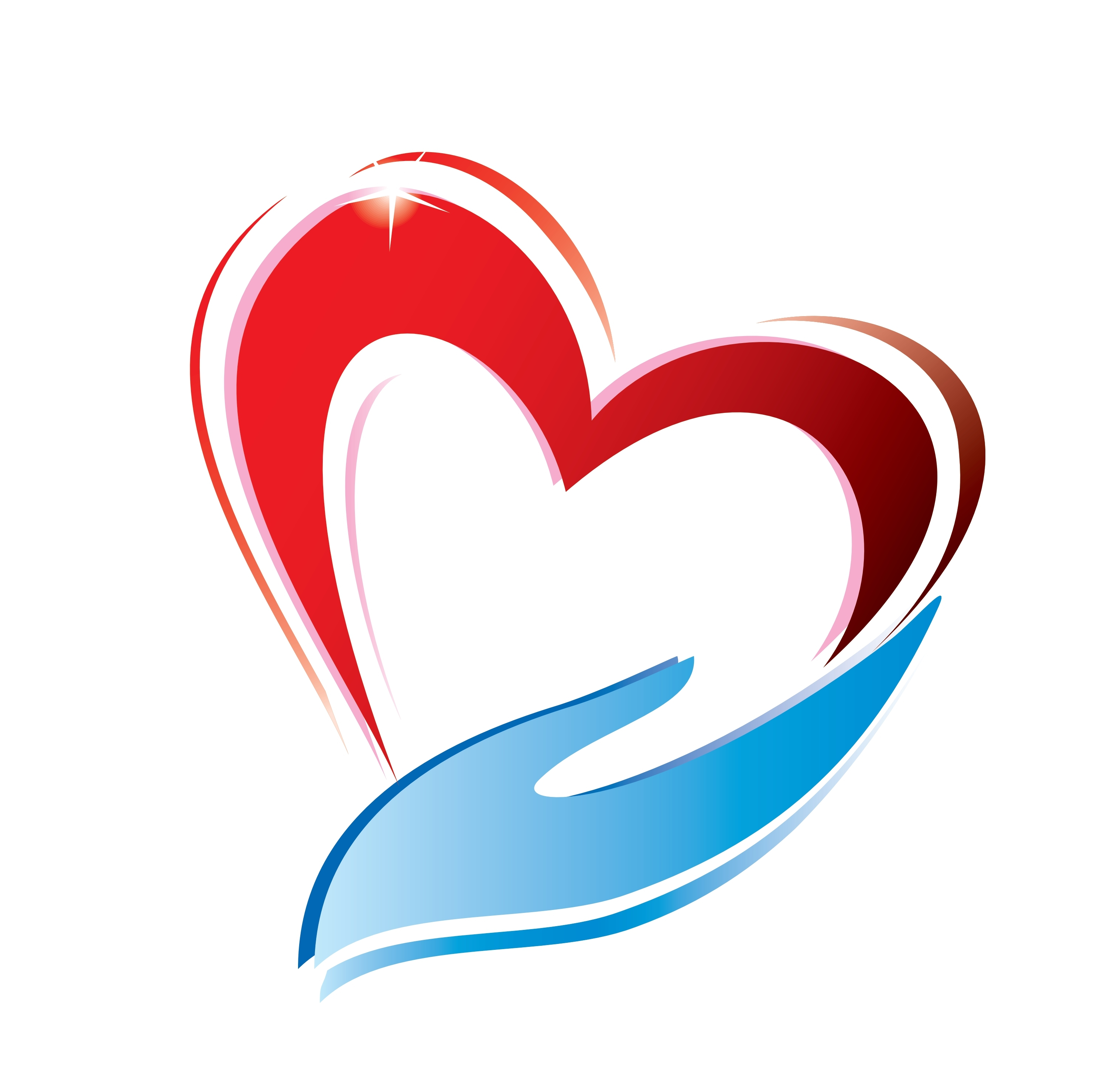 2) Get your hand on your heart, breath, and perform this mindful Buddhist practice. Imagine a stone being thrown into a pond. Observe in your mind the ripples it creates. Allow this vision  to distract your mind's eye. This process opens you up to get centered and grounded so that you can then unfold, without doubt or self-sabotage, the story; attack it with heart and logic and rid yourself of the fear. I do it all the time. My brain comes up with some crazy ideas about things sometimes through some dumb fear and, when that occurs, I use one or both of these techniques to sift through the fear, laugh at it, give it a big "so what" that it showed up, challenge it and remove its power. Only your conscious mind can interfere and dismantle these fears. Use affirmations, tell the fear to take a hike, and open up to allow the Universe to inform you of the new story, the True story.

The secret of prayer and its power in the outward life depends upon an unconditional faith in, and reliance upon this inner Presence. ~ Ernest Holmes

BE YOUR SPIRITUAL VISION
Is achieving your goals the only thing that gives life meaning? That's a big NO! Your state of mind and state of being awakens you to a life of purpose. A purpose of revealing the Divinity in you and vibrating at the speed of Divine Intelligence.

RE-DISCOVER YOUR INNER TRUTH
Is your default mood one of irritation or dissatisfaction? When you reboot your perceptions by bringing peaceful attention to your authentic self, a calm starts to guide you away from unhappiness and self-obsession in connecting with your purpose through love and joy.

AWAKEN TO THE UNIVERSAL INTELLIGENCE AROUND AND WITHIN YOU
You trust your strategies and the clever hacks you've learned to find solutions to your problems, yes? Consider tapping into the miraculous power of universal intelligence with meditation, contemplation, visioning, visualizing, using deep and thoughtful heart-felt affirmations and affirmative prayer.

PRACTICE SPIRITUAL RIGHT ACTION
Know spiritual right action is always there. The Universe is here to serve you through the spiritual Law of Cause and Effect. Remembering this and embodying this into the very cells of your being will give you the courage and clarity to find your way out of any of life’s conflicts.


Trust is what we learn when we want to overcome our fears. It’s called “taking a leap of faith” and trusting in the Power within that’s connected to Universal Intelligence. Remember, the Power that supplies our breath is the same Power that created the Universe.    ~Louise Hay

The opposite of fear is love. Affirm the power of your thought to overcome any fear. We have to drive this life with our headlights always on; making ourselves visible means we're less likely to have another dumb idea of a limiting or lack nature or a fear to drift into our lane. Have our headlights always on reduces and eventually eliminates the  risk of daytime rear-enders of these limiting idea.

Fortunately, Friday the 13th is days past. This Wednesday, September 18th is National Rice Krispies Treats Day...make some, enjoy some. And this Thursday, September 19th is Talk Like A Pirate Day...one of my favorites.

I will leave you with this affirmation/affirmative prayer:


The Lord is my Shepherd, I shall not want, I Am that I AM, the Kingdom of Heaven is within, between God and me, there is no between...these words, biblical and philosophical are the Truth I live by.

I am reminded of my gift of the wisdom of Divine Intelligence that flows within me and the sacrament of volition, the ability of choice. So I now choose to look beyond appearances to see the wholeness of every being in every situation, and from there act with love, compassion, respect, and wisdom. False evidence appearing real is null and void in my life. I live my life only through, with, for and as my individualized expression of the One Spirit, God, the energy of the Big Bang, the Living Spirit Almighty; one, indestructible, absolute and self-existent Cause. And I do so intentionally, joyfully, consciously and with the full embodiment of a life of vitality, prosperity, love, peace and creativity.

I remember my faith and love surrounds me. The Divine Presence is here and my headlights are always on to see, know and reveal the Divinity within me. With deep gratitude, knowing the Universe says yes to my Word, I release this revelation....and so it is!


Affirmation
The Lights Are On And I AM Home
I see my greatness, it shines in the Light. I listen for my greatness, I hear It's Call. I feel my greatness, a texture just right. I smell this greatness, a rose of perfection. I taste my greatness, a perfect blended bite. I sing the Light in all I do and power this luminescence into all my words,  thoughts, and feelings.
I Am Home...Home In The Light!
Posted by New Thought Guy at 9:15 AM