What I Did On My Summer Vacation - Part One 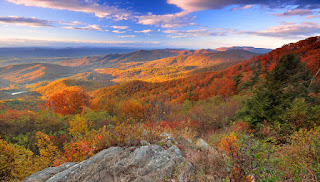 I recently returned from my Summer vacation. The word, vacation, is a late 14c. word meaning freedom from obligations, leisure, release (from some activity or occupation). From the Old French - vacacion - it translates to a vacancy, vacant position. As most words, it comes directly from the Latin word, vacationem or vacatio, which means freedom, exemption, a being free from duty, immunity earned by service, and the word, vacare, which is to be empty, free, to leave, or abandon.

We spent several days at the top end of our vacatio at the Syncronicity Foundation, the meditation center started by Master Charles Cannon, a Vedic master, in the student lineage of Muktananda, who last January stepped into his next journey, away from the Earth. While I was there on this most luscious property which exudes love, surrounded by clean air, humidity, roaming deer, foxes and lightning bugs, as well as the very gracious residents who take care of the property and business of the Foundation, I began to think about the word synchronicity and its meaning. I discovered that the word and concept was put in the vernacular by psychologist/philosopher, Carl Jung.


Sometimes, we see things and say, "wow, look at the synchronicity of this...I'm here at this moment, at this time and wow, that's so cool." The term, synchronicity, describes events occurring with no casual relationship, yet seemed to be meaningfully related; coincidences.  Jung wrote about it in a book in 1951. The term comes from the German, Synchronizität.  We've all had that feeling. I noticed it in the planning of my recent trip. We happened to mention to a friend of our desire to find a place in the Shenandoah Mountains to relax, hike and meditate. We wanted to make sure that at least half of our trip had some of that, because in a few days we were going to a family thing and you all know how family things can be; wild and chaotic, there's gonna be a lot of people and the opportunity for spirituality will be a little hampered. That friend happened to know about a place.  So you could call that synchronicity, that we happened to mention it to somebody who happened to have been at such a place in the area we were going called The Syncronicity Foundation. Syncronicity? Happenstance?

I believe synchronicity is one of those concepts, like time, that is man-made so humankind can understand the movement of the universe. It's called 'time' and has mathematically defined parameters that we accept to explain the movement of matter in space, a measurement of change. I think of synchronicity in a similar way; a term that we that we have created to understand and identify what the Universe is doing when It's doing Its thing in the action of manifesting our desires by putting everything in line and in place, and putting the people and situations required in line and in place. It puts everything in the right order, so, though it seems to be this word synchronicity going on, it is just the inevitable consequence of our beliefs. You know, in a lot of ways, a miracle is another word that mankind has created to explain something they don't understand. And I know religion has made that word, miracle, into something that God puts together to make something happen that humankind doesn't think could happen, but you know, inevitably, it is our belief that we're going to get healed or our thoughts are gonna change, etc. that makes these things occur, not a favor from Spirit. In time, our beliefs change and then, though it may seem like a miracle, it may seem like synchronicity, but it's not really. We can use those words because it comforts us and gives us a definition, a placement of these events. But, it's just the inevitable consequence of the Universe doing Its thing to bring into our lives that which we have declared and decreed should show up in our lives. So synchronicity is the power of you and the power of me. It's another word for the Law of Cause and Effect at work, it's another word for God, it's another word for Divine Intelligence or the Presence or Spirit doing Its thing....or you can call it synchronicity. In fact, there's a new word for God...synchronicity. If that word touches your heart and soul, means something to you, then call It synchronicity from now on. That is that power that is within each and every one of us.

I will continue in a few days with more of our adventures in Virginia.