What I Did On My Summer Vacation - Part Two 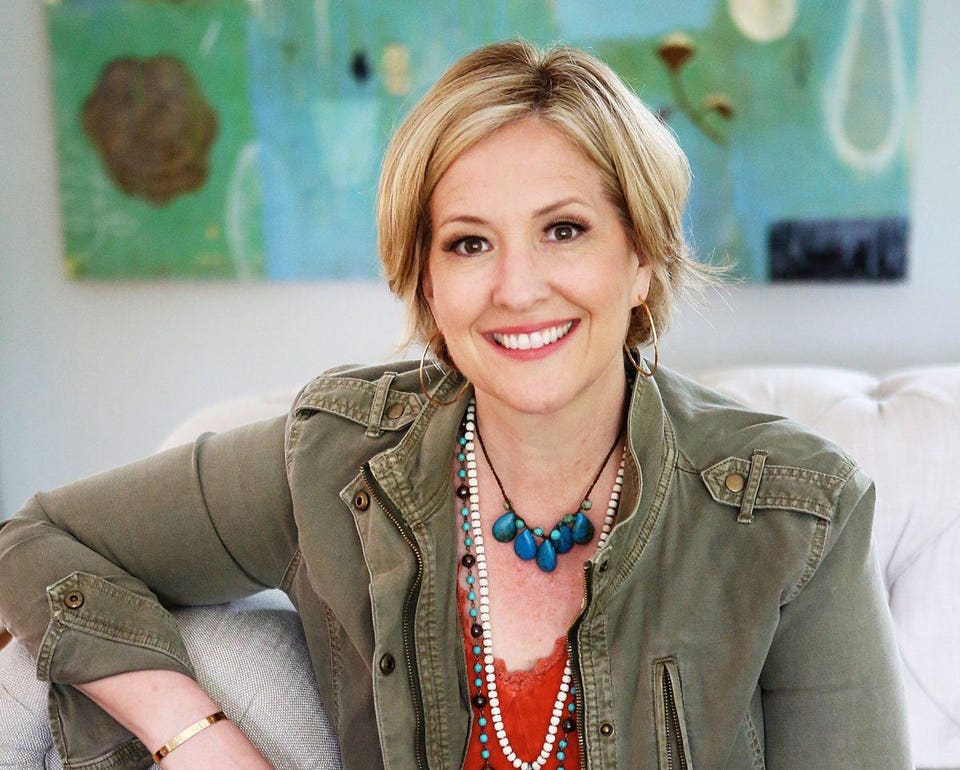 I think midlife is when the universe gently places her hands upon your shoulders pulls you close and whispers in your ear, "I'm not screwing around oh it's time all of this pretending and performing these coping mechanisms that you've developed to protect yourself from feeling inadequate and getting hurt has to go. Time is growing short there are unexplored adventures ahead of you. You can't live the rest of your life worried about what other people think. You were born worthy of love and belonging courage and daring are coursing through you you were made to live in love with your whole heart. It's time to show up and be seen."      ~Brene Brown

I'm not sure where this comes from or where she said it. I think this is occurs at any time of our lives anytime that we are stuck in the habits of "I have to do this, I have to do that, this is where my life is and and too bad." That's when we need to step up and do what she's talking about. The Universe is going to show up to give us that push, we just need to be conscious of listening, of hearing that knock; of feeling that tap and sometimes, sometimes the Universe needs to take us by the shoulders and gives us a stern, "hello...hello...wake up, I'm not screwing around this time." This could and should occur any age. These coping mechanisms that we developed to protect ourselves from feeling inadequate or just adequate and getting hurt, that could happen at any age. Now by midlife, I totally get that it seems to be more prevalent, because after years of living you know we really program ourselves to do certain things, feel certain ways, project certain things, have a perspective of certain things that protects us from incidences, feelings, people and situations that hurt us in whatever way. I think that happens at all times of our lives, the universe will say either by a tap on our shoulder, a bird hanging out tweeting staring at you, by watching a deer come up to you or by something you don't usually feel a kinship to you showing up and affecting you. We have to take note of those things. We have to take those things to heart, take those synchronicities to heart, and know that is the universe knocking on our door, shaking us by the shoulders and telling us, "hello, wake up, did you not get it the first few times, did you not see the Universe waving the big red flag? Why are you doing this again, why are you picking this the same type of mate, why are you taking the same job, why do you think you're attracting the same kind of boss?" We need to watch, look for, and take action when those things show up, when the Universe knocks on our door.

Look for those moments and be in gratitude when the Universe brings those moments to you, and to be a student, be teachable when those moments come, when the Universe knocks on your door or shakes your shoulders. Take the time be grateful for that synchronicity and take the intentional conscious time to do your spiritual practice. Whether it's more in a logical type of mental work or heartfelt or some combination, Now you know I love the holistic idea of little logic, a little intelligence, a lot of heart and openness in my gut for the imagination and intuition. Then  take the time to be in gratitude and to be a student when those synchronicities,  when the Universe, when the law knocks on your door and says, "hello I'm here, this is happening for you, this is the action you want to take to continue....listen. 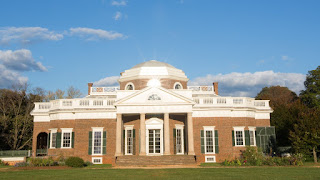 After visiting family and canoeing on the Shenandoah River, Patte and I went on a tour of Monticello, Thomas Jefferson's home. The house tour was great and the little exhibits were very educational. I found the architecture and his little touches (he was the architect) fascinating. The other tour we took was called the Slavery Tour. This is where my visit got upsetting and thought provoking. I was quite moved by the separation between Jefferson's ideals and his life choices. The dichotomy between many of his his ideas and the action Jefferson took was disturbing.

On the obelisk at his grave, he insisted the following inscription...

Here was buried Thomas Jefferson
Author of the Declaration of American Independence
of the Statute of Virginia for religious freedom and
Father of the University of Virginia
...that is how he most wanted to be remembered

In original draft of the Declaration, in damning, fiery prose, Jefferson denounced the slave trade as an “execrable commerce ...this assemblage of horrors,” a “cruel war against human nature itself, violating its most sacred rights of life & liberties.” Jefferson called slavery a “moral depravity” and “hideous blot,” that slavery presented the greatest threat to the survival of the new American nation. ...it was said, “Never did a man achieve more fame for what he did not do.” But, of the over 600 slaves he had, only freed 7, two of which were his sons by a promise to Sally Hemings, his enslaved mistress (step sister to his wife), who wasn't technically freed, but given special privileges and after his death and allowed to live in Charlottesville.

A high idealist, we think of Jefferson, yet his ideals were filtered by the times and his perspective of the levels of humanity where he found the white educated landowner male the top of the food chain and the African the bottom, with women and Native Americans (Aborigines) somewhere in the middle. He held a set of great ideals that the freedom in this country were founded upon, though they were rooted in discrimination, racism and sexism ... “all men are created equal” not women, not humankind....men.

Hypocrite or creature of his times?

Jefferson said he despised the practice of slavery, but felt to emancipate them would start a bloody war, which it did in the Civil War. Eventually, I got to considering how this mirrors what we all can go through. We filter our thoughts likewise, as he did, with imitating social norms, what our parents taught us and the ideas we have accepted as truth. We, many times, have a Civil War going on inside our minds...in our beliefs; that sometimes can get bloody..

And the Law hears all that and frames our experience based on all of our beliefs, filters, and perspectives. If your ideas and ideals are high minded about abundance or prosperity in the various parts of your experience, but are filtered, through your beliefs, of “I’m not enough” shame, blame, guilt, and the rest...that’s what shows up - a combined experience. New car? Great, but your filtering in the belief system of "I don't deserve...," brings you a lemon.


Success or failure cannot be explained by anything other than the use and misuse of mental processes. The subconscious mind produces what we place in it. It is a creative process. It is a law of action. ~Raymond Charles Barker, THE POWER OF DECISION

That’s why the work to bring better experiences has to be constant, conscious, intentional, infectious, consistent and often....


Spiritual treatment work is the shifting of your attention from a negative focus to a positive idea and holding it there long enough for it to register in the subconscious mind. ~RCB, TPOD

Some or many times very hard work mental work has to be had. The conscious, intentional work is  powerful work, but sometimes, hard work. You may have some shadow work, digging deep to old mental habits, some unconscious. And this can be great and revealing, transformational and transcendent work, especially when you understand those old beliefs are not something to be in shame, blame or guilt about, just healing.


As you think yourself in larger terms, you invite larger ideas into your consciousness.    ~Barker

Let us do better with our ideals than Jefferson, by putting them into action, into practice. Let us:

What your mind can conceive, you can achieve!


Affirmation
I step into the warmth of the season. I may vacay from work, but I do not vacation from my conscious connection with the Creative Presence in me. I step up and lift my consciousness to the Light. I open my heart to the Light, and reveal that Light within me, experiencing the luminous Love, joy, prosperity and phosphorescent happiness in my life. I step into the Hands of Grace.
Posted by New Thought Guy at 9:34 AM