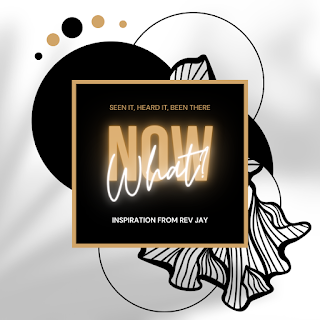 Reflections on this Spring's Holy Week

Just 8 days into Spring and we're entering one heck of a holy week:

You're probably thinking:  Seen it, heard it, been there.....Now What? Today I want to talk about the Now What.

The dream not interpreted is like a letter from God not read.  ~The Talmud

...please listen with your mind and absorb with your heart:

There was once an orphan, a husband, father of two, shepherd, defector, murderer, and possibly a stutterer named Moses (= out of water).

On a Thursday afternoon, Moses was taking his flock of sheep for a walk in the desert, when suddenly he came upon this bush on fire – a burning bush, you might say. In fact, it was a talking burning bush that insisted you take your sandals off on its property.

This flaming bush told our hero, “look, I see what’s happening to the people, the Hebrews. I don’t like it and I need you to fix it. Go tell the Pharaoh, ‘let my people go!’”

Well, Moses freaked – this was a task that was definitely out of his comfort zone. “Nobody is gonna believe me.” he told the fiery bramble, “Who could I possibly say sent me to insist on such a thing from Pharaoh?”

And the bush said, in a very commanding voice, I might say, “tell them ehyeh asher ehyeh, I AM that I AM, sent you.”

Basically, Spirit was saying, “I see what’s going on, I’m not here to magically fix your problems for you, but I am totally here to support you with all the Power you need. Go get 'em, tiger!”

Nonetheless, our hero was still in doubt, not believing the Universe had his back.

Who hasn’t felt that at times? You see a burning bush, it talks to you, you don’t believe it. ”It's not possible, that's not how the Universe is going to converse with me.”   Anyway...

Moses says, “Have you met this guy? Pharaoh is not gonna care that “I AM that I Am” sent me to tell him to ‘let my people go.’ Come on now!”

“Well, doh-doh head,” replied the bush, “you don’t actually say it, you know it and thus show it. At least act as if, Moz. Jeez!”

Then the Infinite Being showed Moses a few talents that he didn’t know he had at his disposal,  to prove that the Divine was within him and that he could confidently be a representative of that Power. In this case, it was the stick into a serpent trick….very impressive - great with the ladies.

Still not convinced though, our little 80-year-old rascal brought up another one of his limiting beliefs, thinking it surely is a detriment to this whole affair....his speech impediment.

“Look,” said the bush, “have a little faith, dude. I am giving you this job because of that. If I sent some big handsome guy like…Charlton Heston, everyone would be wowed. But it's better that they are wowed by the energy of my Presence in you. Moses, you are a unique expression of me! I created you and will always be there for you – in you. Remember, ‘just call my name and I’ll be there’.  Still, Moses wasn’t convinced.

Have you ever had that? In retrospect, can you see the signs from the Universe showing you the next step on your journey and you didn’t listen? I know I have.

So, the Universe, in its Cause and Effect splendor, says, “Geez, okay, it doesn't matter to me so if you want to do it the hard way, great... fine, believe whatever you want. Think it's practically impossible? Well, then I'll just harden Pharaoh’s heart and make it that much more difficult for you. You ask you get. Go, have a blast, be happy and get your people free.”

The lesson here is if you think something is going to be difficult, the Universe is happy to oblige your limiting belief. That’s how the Law works. However, as Rumi reminds us:  “The inspiration you seek is already within you. Be silent and listen.” Continuing with the rest of the tale:

Moshe goes to Egypt, gets an audience with the Pharaoh who says no, no, and no again, over and over and over. He wasn't impressed by the stick to serpent thing. Even Moz's brother Aaron, a good speaker, wasn't any help. Then, the ten plagues.

It's important to note:  The Hebrews were in bondage, not just physically, but emotionally and spiritually. They accepted their strife was their truth and not just a fact about their present circumstances, thus making it harder for them, and many of us in a similar limited belief, to leave this constricted place, which in our story is Egypt. They weren’t getting It - they were the Power, the boss, the Pharaoh of their experience. With the Hebrew's perspective on life, they gave that Power away.

So after the first nine plagues; oi, what a mess – bloody Nile River (probably red algae), frogs, lice, flies, dead livestock (a spreading virus), boils (a smallpox pandemic?), fiery hail (volcanic eruption anyone?), locusts (ash fallout = higher precipitations and humidity = locusts), and 3-day long darkness (the eclipse of 1223 B.C., maybe?) - it was time for number ten, the big kahuna, which is where the holiday gets its name...the killing of the firstborn Egyptian sons. Except the Angel of Death passed over the houses where lamb or goat's blood was splashed on the sides and tops of the door-frames (there were other preparatory rules, but that was the last step). Only the Hebrews knew about this, so that did the trick and Pharaoh told the Hebrews to hit the road.

And that brings us to the big segment of the tale where we have the parting of the Red Sea. So these millions of people who have been in bondage for 430 years…

Doesn’t some of your limiting beliefs seem like they have been around that long? Anyway...

…they've come all this way, out of bondage, out of slavery, out of misery, survived the plagues, and finally on their way to the Promised Land. And suddenly they hit a wall…a wall of water:  impassable, wide, and they didn't have any boats…

Scouts warned that the Pharaoh and his army (i.e. the Hebrews past B.S.) were on their tails. And what do the Hebrews do? …they plead for help. They whine and bitch & moan & cry about the obstacle, the setback...

They are still in the mindset that there is always something in the way and, of course, boom, it shows up ...from both ends. They are not sitting in the Truth. Like the old joke, "I sent you a boat, a helicopter..." Here is an opportunity for growth and progress and leaping past previous junk thinking by connecting with the Divine within and transcending into declaring and revealing, with gratitude and acceptance for what is to be and they just piss and moan and forget who they truly are.

But Moses, the activist, steps up. He’s pretty confident now. He evolved by involving – reaching out with the Power of Divine Intelligence, the Creative Loving Energy of the Universe – the I Am that I AM – that is within him.

He stretched out his hands and the sea went back by a strong east wind all that night and made the sea into dry land. The Red Sea parted, allowing the Hebrews to move forward on their journey to their greatness, and leaving behind – eventually drowned, dead, and buried – a huge chunk of their limiting beliefs and old stories called Pharoah and the Egyptian army.

That is only the beginning. There's still the whole wandering in the desert, the Ten Commandments, the other Burning Bush convo, the golden calf, etc. - you can watch the movie.

All spiritual growth, 100 percent of it, is about releasing or eliminating rather than attaining something, because we’re already it spiritually.  ~Rev. Dr. Michael Beckwith

You know what you're looking from - your Divine Matrix – week one.

And what you're looking at - the essence of the Divine in all – week two.

When you ask the right questions to get the best answers and you've learned to respond instead of reacting to situations at hand – week three.

We cannot solve a problem at the same level of consciousness that created it. Like Moses and the Hebrew people, we are being called to a higher level of consciousness to go beyond our head and tap into the Infinite nature of Spirit's wisdom and align ourselves with our divine purpose. It takes commitment and the willingness to do the spiritual work to release and replace that which does not serve the Highest Idea of ourselves, allowing and embracing the new ways which unfold organically through Divine Wisdom.

Don’t allow yourself to become bitter because of the past and harden your heart like Pharaoh. Be an activist, like Moses. Despite your upbringing, checkbook, education, your stories,  and despite your willfulness or whatever you allow to get in your way, activate your communion with the Universe and activate the highest ideas into your belief.

We are taking, I trust, a vision… something beyond a hope and a longing, that the living Spirit shall through us walk anew into Its own creation and a new glory come with the dawn.   ~Ernest Holmes, The Sermon By The Sea, Aug 15, 1959

Live the Truth of your Divine birthright and free yourself, like the children of Israel, of the bondage of limited consciousness. Enter your land of milk and honey.

Today, I arise to the awakening of my Divine Intelligence, removing all blocks to my success. I enter the city of peace within me and behold God’s grace unfolding in and as my life. Taking dominion over my thoughts and feelings, I clean the temple of my mind, persistently purifying, attuning, and expanding myself to the Highest ideas.

All is in Divine Order, so I know that no situation, circumstance, or external authority has any power over me. Everything I see and hear this week is constructive, inspiring, and useful. I ascend into my most opulent ways, approaching everything illuminated with the Presence of love wisdom, and compassion.